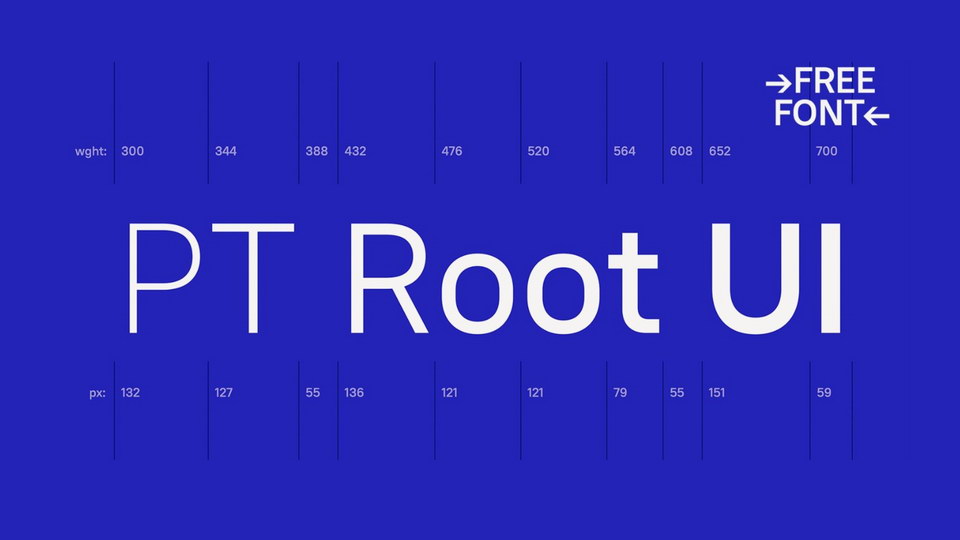 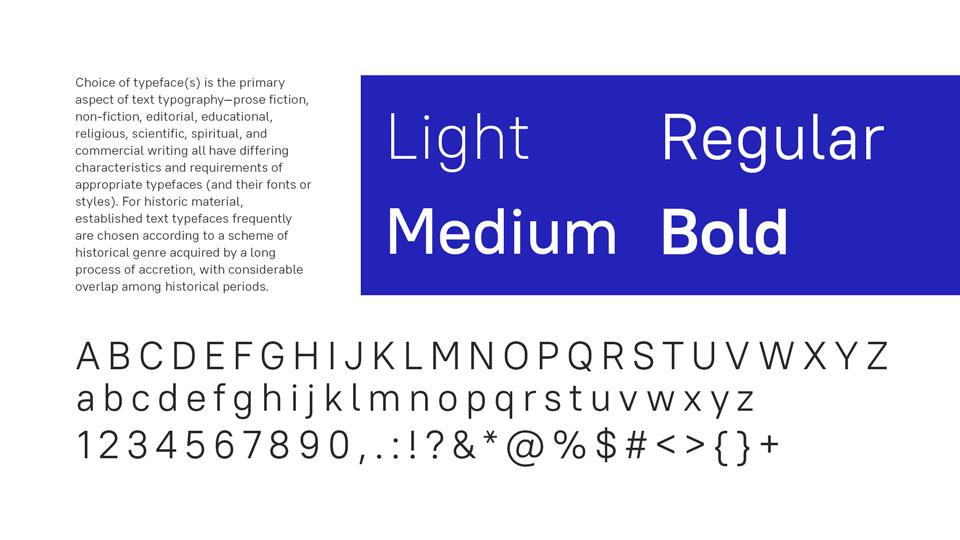 PT Root UI is a modern, closed grotesque with a fixed width of characters in various outlines. This feature allows you to switch between styles without changing the length of the line, which is especially convenient for headers, menu bars and interface elements.

PT Root UI contains four styles of normal proportions, from Light to Bold, intended for screen reading, use in interfaces, on websites, and also suitable for navigation and orientation. The font supports many languages ​​using the Latin and Cyrillic (including Asian) languages ​​and contains variants of numbers and currencies, fractions and indices, as well as a number of navigation elements and alternative forms of signs.

PT Root UI was developed by Vitaly Kuzmin and released by Paratype in 2018.