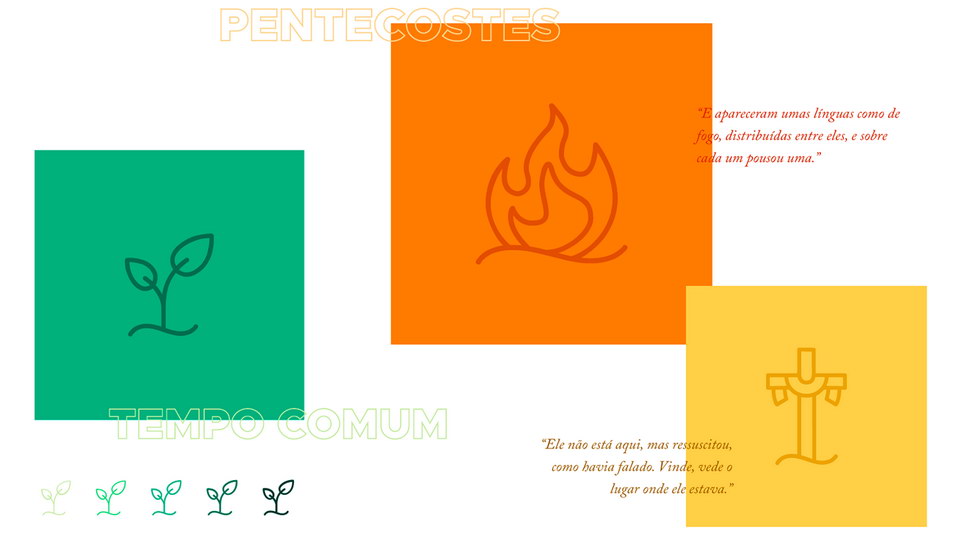 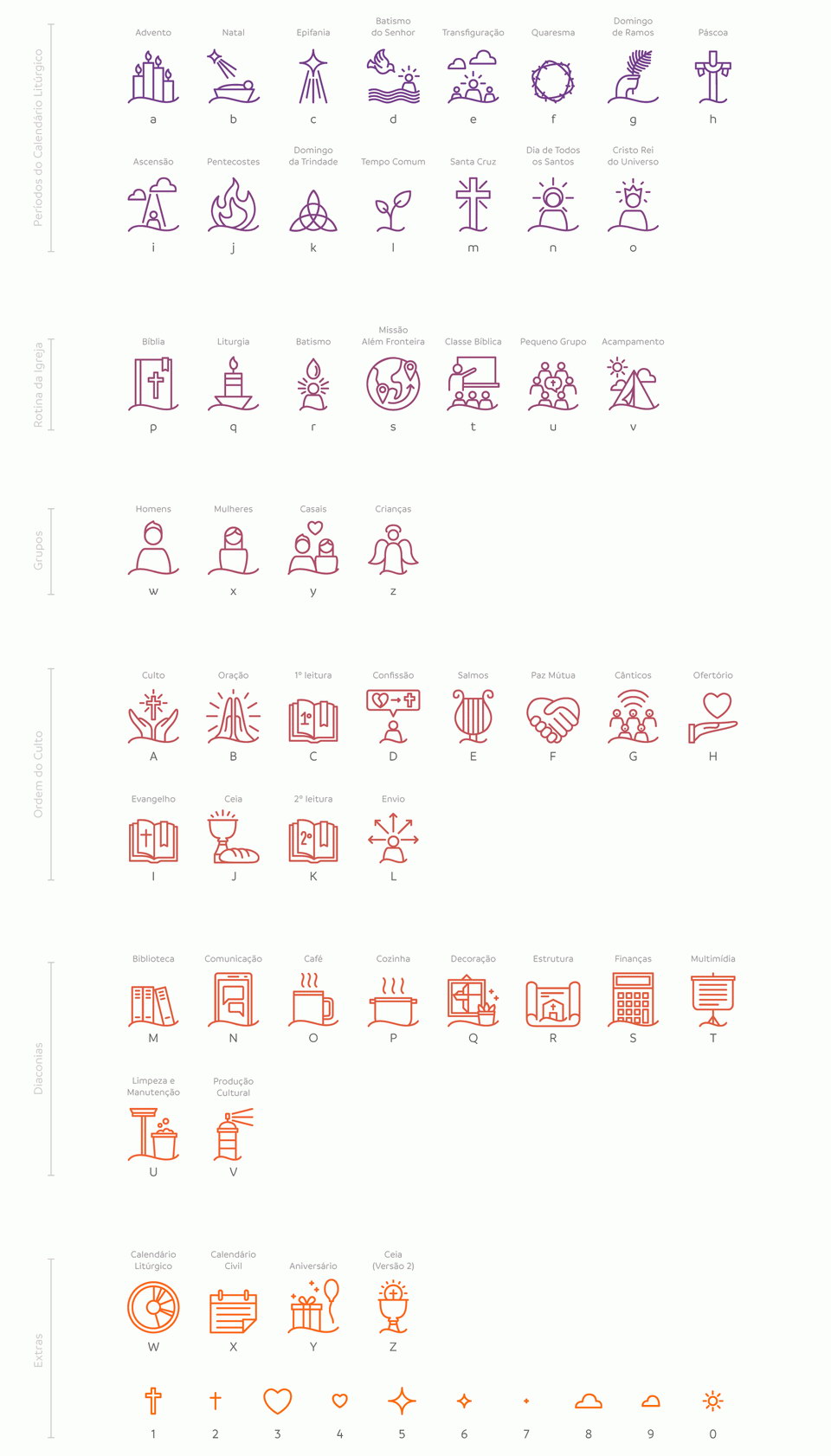 Liturgiva is a dingbats font created during the development of the new visual identity of the Farol Esperança Christian Church. It was necessary to elaborate pictograms that represented the periods of the liturgical calendar. This is because the church uses it to guide its programming and services, but there are almost no graphic materials to express it.

From then on, seeing that this need was also present in other churches that have the liturgical calendar as a base, the idea arose to do something that, although based on the identity of the Lighthouse, went beyond it: a source of dingbats to be made available free.

The dingbats were based on a simple grid, so that it would guide execution, but without overly restricting it. Whenever possible, the corrugated base was used, associating with the Hope Lighthouse symbol.

One of the challenges in their elaboration was to have theological coherence and to have representations that flee from some ideas that we consider wrong. For example: to represent the “chants”, a possibility would be a microphone or some musical instrument. But we understand that none of these things express the essence of the term. The chanting moment of Christian worship is one in which people sing their voices together. The use of microphone or instruments is secondary.

Liturgica font is free for personal and commercial use.

Thanks to Kaiky Fernandez for sharing Liturgica dingbats font. Don’t forget to appreciate this awesome project and follow the creative designer.