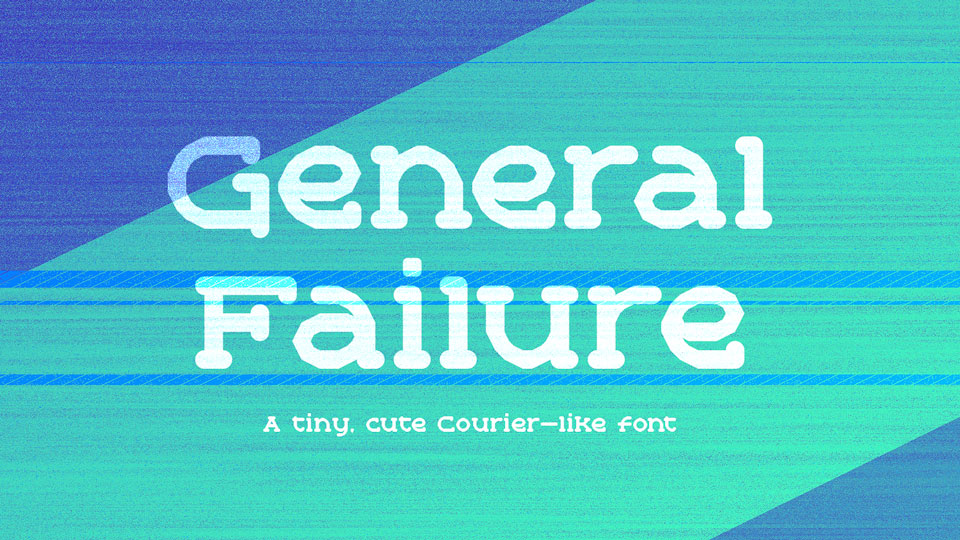 General Failure is a tiny, cute Courier-like font. It can do both casual and formal moods, though it excels at the former. The name is inspired by the old computer joke: “Who is General Failure and why is he reading my hard disk?” The font comes with full set of glyphs, including uppercase and lowercase letters, numbers and symbols. It  supports Danish, Dutch, English, Esperanto, Finnish, French, German, Greek, Hungarian, Icelandic, Italian, Latvian, Lithuanian, Norwegian, Polish, Portuguese, Russian, Spanish, Swedish, and Turkish among others!

From the author: I worked hard on this one and it took many days. So why give it away? It’s because I live to create and I want you and I to be able to enjoy things that are useful and free. No money has to get involved, no one has to email anyone or seek permission or get bogged down while they are trying to create. You can just download the thing you like and use it. This makes sense to me, so I’ll keep doing it as long as I can.

General Failure font is free for personal and commercial use.