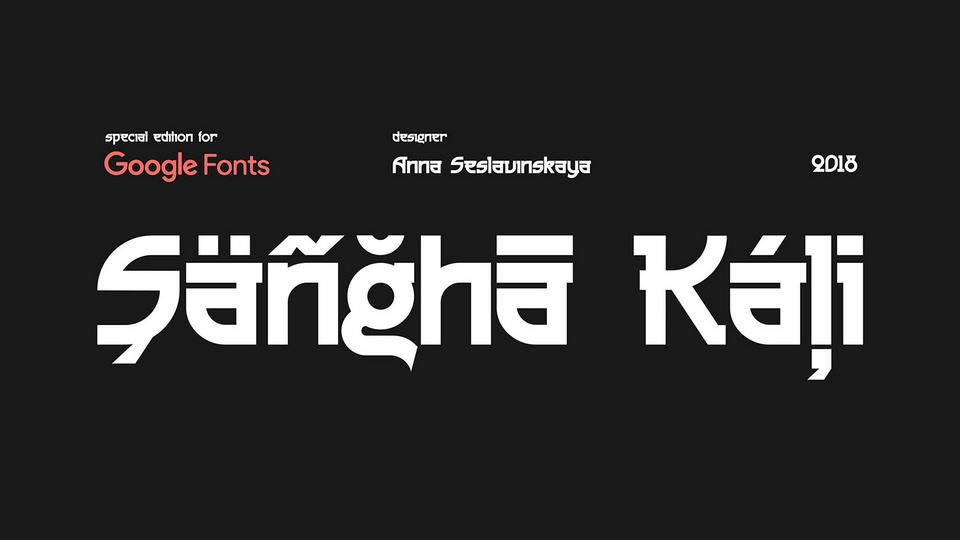 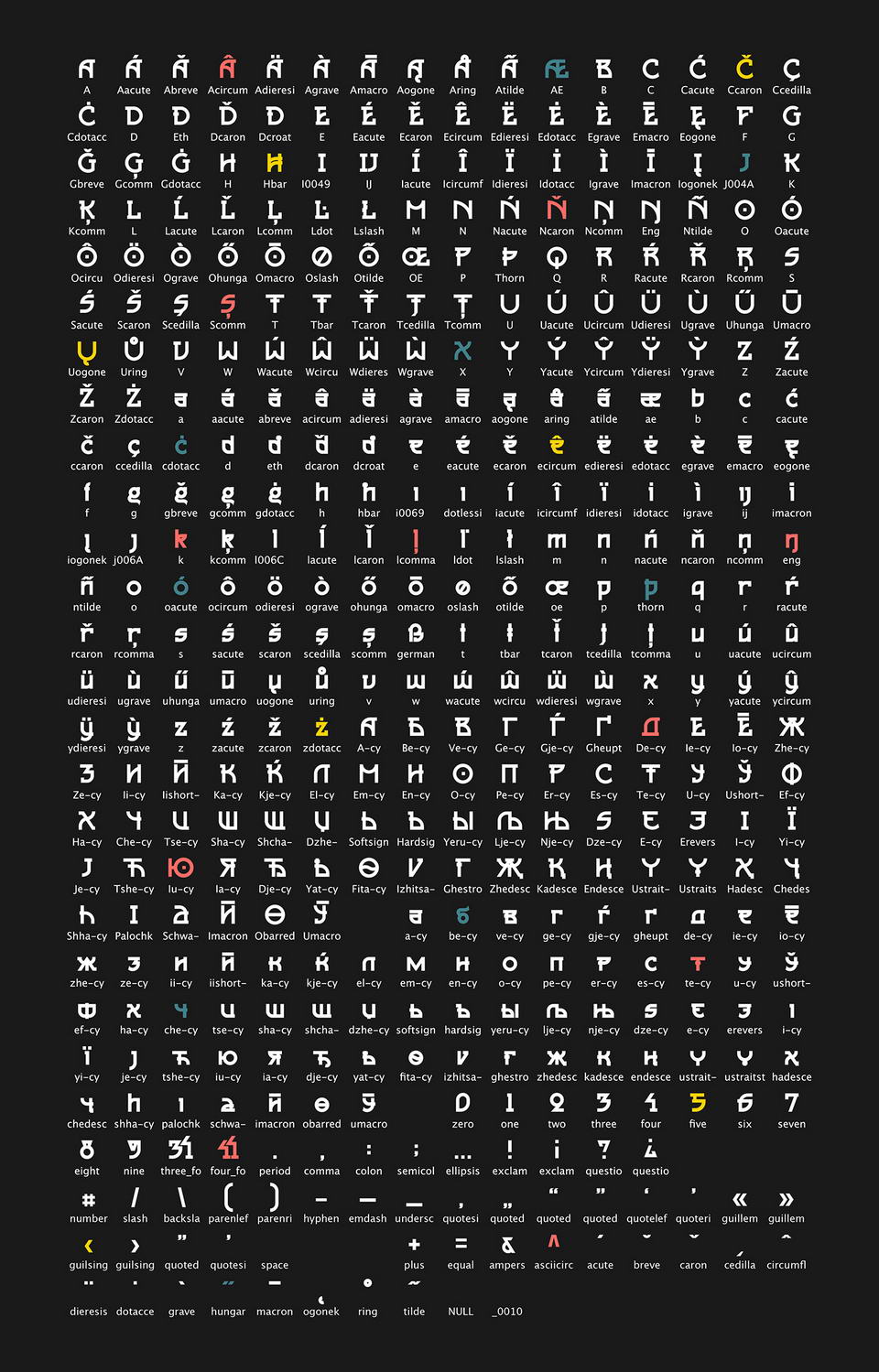 Sangha Kali typeface based on Sangha typeface and was optimized  for the digital use. Both of typefaces are inspired by the Brahmic scripts (Tibetan and Devanagari writing systems), which was used by languages of several language families: Indo-European,  Dravidian, Tibeto-Burman, Mongolic (Soyombo alphabet), Austroasiatic, Austronesian, Tai. The name of Sangha Kali based on the traditional dance of one of the most orthodox Brahmin caste – Nambudiri. This socio-religious dance is dedicated to Goddess Kali, and save numerous gymnasium techniques (known as ‘Kalaris’) in ancient Kerala where physical exercises and military training with special emphasis on physical feats and swordsmanship were given.

Sangha Kali typeface is free for personal and commercial use.

Thanks to Anna Seslavinskaya for sharing this awesome typeface, don’t forget to appreciate and follow.