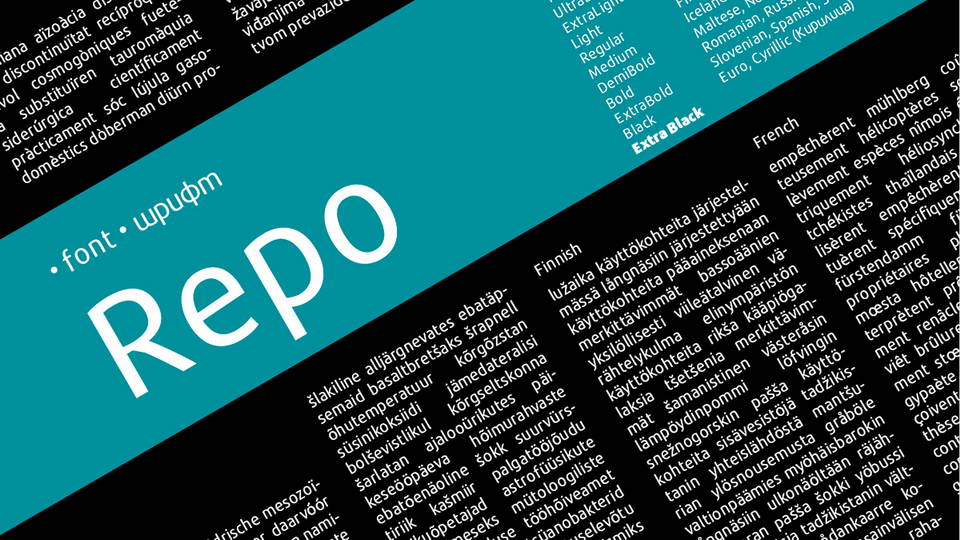 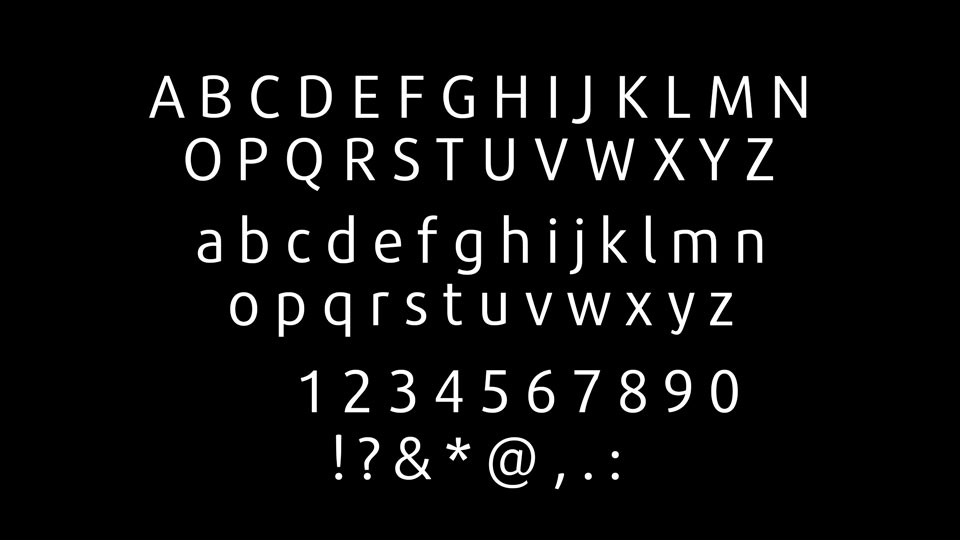 Repo is a free font family is inspired by Ubuntu font family but the shape of the glyphs, the design and the metrics are not the same as in Ubuntu. This font family comes with Eight styles of the font Repo: Light, Regular, Medium, DemiBold, Bold, ExtraBold, Black, ExtraBlack. The project is ongoing, and we expect that Repo will be extended to cover many written languages. It is interesting to know that Repo will have two kinds of cyrillic glyphs (using OpenType Layout features): the so-called “Bulgarian” cyrillic letterform model, and also Russian cyrillic glyph model (or better say, “traditional” cyrillic).

Repo font family is free for personal and commercial use.

Thanks and appreciation to Stefan Peev for sharing this excelent typeface.