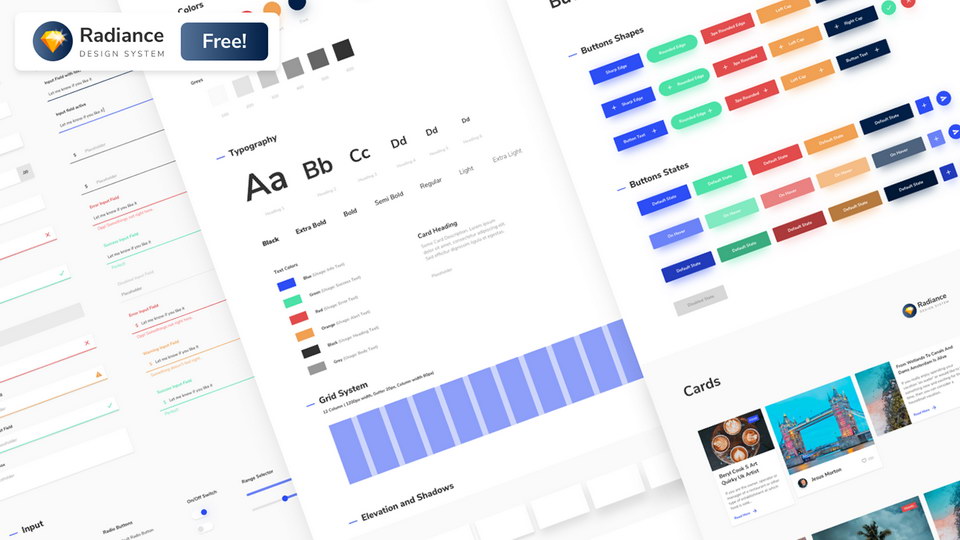 Radiance free UI kit is a Modern Atomic Design System, built for designers to speed up their workflow and build interfaces that look contemporary. Highly customisable design, this design system can be tweaked according to your preference in a few clicks. It features changeable colours, changeable fonts, grid system and perfect shadow system, a lot of components, including buttons, fields, cards, losts and much more.