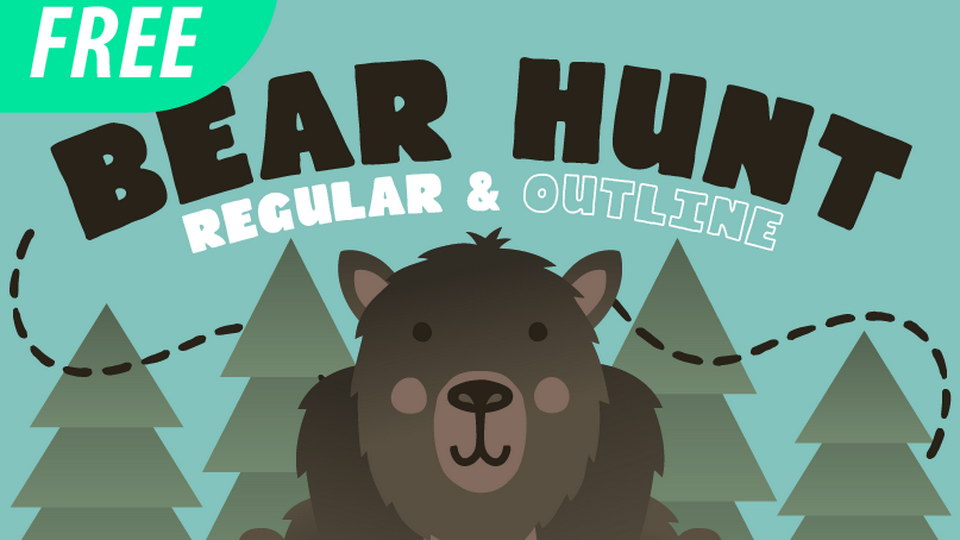 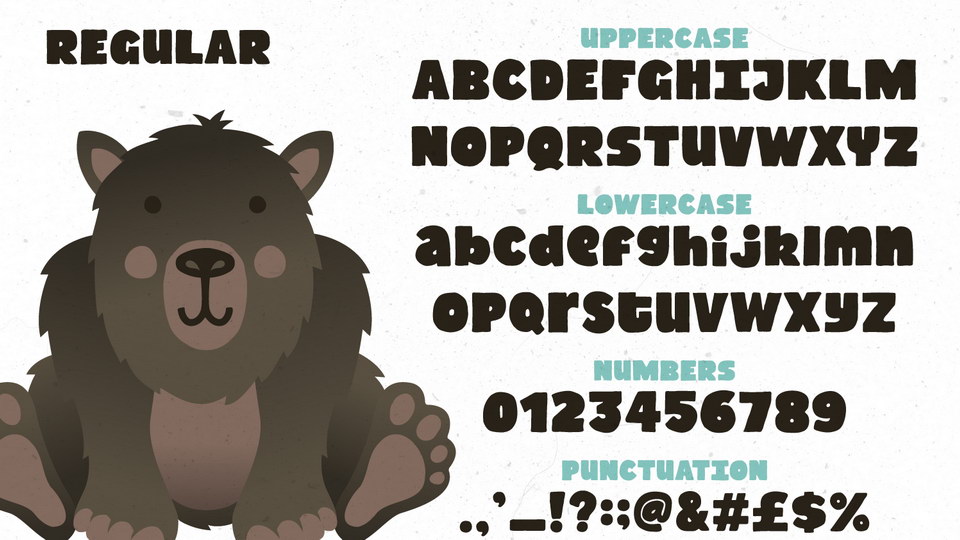 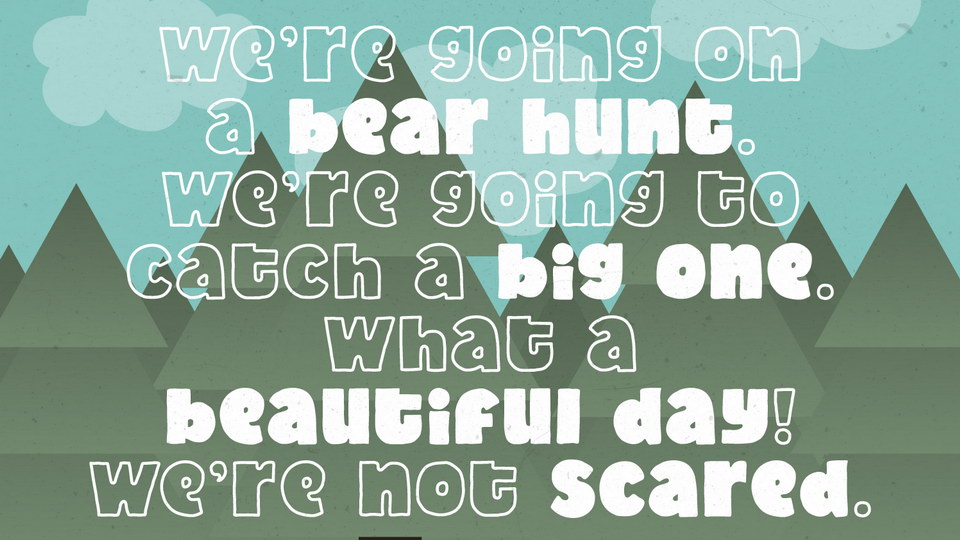 Introducing Bear Hunt font, a free hand lettered ypeface developed and designed as part of apparel designs created for the daughter so she can rock her daddy’s designs at nursery. The typeface was named after one of her favorites books “We’re Going On A Bear Hunt” by Author Michael Rosen and the bear character and background illustrated in a simple Scandinavian style.

Sketched out in marker pen, scanned and retouched in illustrator the font has a subtle rough rendered playful feeling to it and works great as display type. Typeface is primarily setup as uppercase but the lowercase gives you a secondary alternative lettering style and by using the outline variant as an overlay looks awesome!

Bear Hunt font is free for personal and commercial use.

Thanks to Alex Banks for sharing the Bear Hunt font. Don’t forget to appreciate this awesome project, support and follow the designer.